The following blog post was written a little over a year ago. It is written in a question/answer format listing some of the things I wanted to share even though most people weren’t asking. I showed it to John and he wasn’t sure about me posting it, specifically the information in the last question. Looking back now I think he just wanted to protect me or maybe he really didn’t care, and it was just my own inward fear that I was projecting on to his unclear response. Whatever it was, I abandoned the post. Now as I think back over the loneliness of the last year when I longed for some of these questions to be asked, I wonder if part of that isn’t my fault because I was quiet about a lot of this, and by being quiet I was giving others the permission to be quiet too. (Side note: since this was written over a year ago, my views have continued to evolve, especially to the last question. So, I’m sharing this as is to show a snapshot of my transition, but remember, it is just one piece. I’ll post a follow up blog soon that shares a little more current information on these topics.) 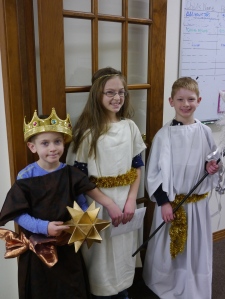 It’s been over 5 months since we moved back to Arkansas from Germany. I’ve been asked more times than I can count how transitioning back is going. In general, we weren’t gone long enough or in a culture that was different enough for this to be terribly hard. We are back with lifelong friends and family. We’ve adjusted to American expenses and culture fairly easily.

But there has been another transition that they aren’t asking about, but in reality has been a much bigger deal. And that is our transition to another church. Both John and I had attended our home church here in Siloam Springs since we were kids. They are our family. They’ve supported us both financially and emotionally through so much in our lives, not just the last two years. But in our exploration of our faith, our calling, and our spiritual lives, we had begun to realize even before we left Germany that we felt drawn to a different church tradition than what we’d been raised in. Well, to be perfectly honest, John was feeling the strongest draw, and I was intrigued and willing to follow.

So, after being back for a couple months we made the transition to the local Episcopal church here. We had tried an Anglican church in Switzerland, so we were already familiar with this tradition and were excited about both the denomination and this specific church.

And so, I am now going to answer the questions that have not been asked of me nearly as often, partly because we purposefully didn’t want to make a big deal about this. But I know that some people may wonder, and I never want people to feel that this is a big secret or an unmentionable topic. I hope this helps to begin a conversation with those who are curious.

Question 1: How has your transition to a new church gone?
Answer: Very good. We are both in love with the liturgical, formal style of the church service and are very comfortable with the teaching in this particular church. We are finding a new sense of excitement at finding ways to integrate into this community and it has been a good way for us to start our “new” life back here in Arkansas.

Question 2: Do you miss your old church?
Answer: Absolutely! I miss seeing many of my closest friends on a weekly basis. Sometimes it feels lonely as I begin new friendships where I am at and miss times of fellowship with those whom I know more deeply. I’m still struggling to find the balance in juggling these two pieces of my life and finding where they both fit.

Question 3: Why did you choose the Episcopal Church?
Answer: There’s a lot that went into this decision. What started as an attraction to the Anglican communion quickly became the knowledge that this was the place where we fit best. The tradition and liturgy of the church feed us in so many ways. I had already been feeling the desire to make the spiritual more a part of our daily life with our kids, especially after our experience seeing so many religious holidays observed in Germany. A liturgical tradition based on a church calendar really helps us towards that goal. The different way of looking at things like Eucharist (or communion), baptism, and the Bible have been stretching for me, but also freeing. One example: I have never enjoyed taking communion, even as a child. Because of my personality I worry a lot about getting things right. I am always worried that I am not “right with God” when I go to “take” the bread and cup. In our new church, Eucharist is celebrated each Sunday (and Wednesdays too if you want to). So I had to face this fear fairly quickly. But oddly enough, a slight change in the wording and attitude of this practice was enough to help me realize that I just had it wrong all along. This is a celebration. It isn’t about my worthiness, but about God’s gift. When I go up I do not “take,” but rather “receive” with my hands open. My voice joins others as we audibly remember the death of Jesus, but also his life in us. In the past if I knew that it was a communion Sunday, I had a feeling of dread settle in my stomach and I know I did not necessarily “want” to go to church on those days. Now, every Sunday I am excited to go to church. There is no place I would rather be, and it is not just because of the fellowship (which is what always drew me to church before), but because I truly want to worship and be a part of the service. Now, I want to make it very clear that I am not saying that this doesn’t happen in other church traditions. I hope that everyone can find that place where that is how they feel about worship. For us, this is that place.
I haven’t covered all the reasons why we chose this church, partly because many of those reasons are specifically John’s. I won’t go into all his reasons, I’ll let him do that, but it means the world to me that he feels as strongly as I do about being in worship. John goes every Sunday (sometimes to both services) and on Wednesdays too. He’s already been trained to do some of the positions of service as well, and he LOVES it, robes and all. After all the questions, searching, and uncertainty over the last two years, it is nice to have found a place of peace for him.

Question 4: What do your kids think about this?
Answer: Our kids have learned a lot of flexibility over the last two years. That’s one advantage of dragging them across the world. Elise was the only one who was really concerned, and she’s been happy since we’ve been attending. She seems to take things in stride and even though she may not enjoy the service every day, she does enjoy her Sunday school class (even when she’s the only one there.) As a plus, she really likes being called an Episcopalian because it sounds cool. 🙂 The boys love their respective programs and tolerate the service, though they’ve been happier since we started letting them participate in Eucharist.

Question 5: What does this change in your everyday lives?
Answer: It would be impossible to list all the ways this affects our everyday lives. We are learning and growing in many ways that are positively affected by our church. We also meet once a week for dinner and discussion with a small group from the church. And even though it isn’t required we do daily offices of prayer each day as a family.

Question 6: What about the homosexuality issue?
Answer: Ok, this is a big question. And it is almost never addressed, except in roundabout ways, even though it seems to be the one issue that comes to mind most often when people think of the Episcopal church. First of all, the Anglican tradition is happy with some issues being unresolved. Unity in diversity is highly valued. So those in the church can fall on different sides of this issue and that is ok. But, obviously it does seem like there is a fairly high percentage of Episcopalians that are ok with homosexuality and obviously it is not an issue that bars someone from serving in a position of authority. And I understand that that isn’t ok with many people. There are many good arguments from the Bible that condemn homosexuality. But did you know that there are also good arguments using the Bible that bring the traditional conservative view into question? I have not researched them (John has been studying this a lot lately though, so I hear some of the arguments from him), so I will not go into either side here. The main thing I want to say here is that my view is currently shifting. I am not sure where I will end up on this issue, but I want to approach it humbly and carefully. I have not been personally affected by this issue, and so I do not feel I have the right to judge or condemn or even speak strongly about it. Christians have been terribly wrong about things before, and my current position is one of an open mind. I have always avoided this issue in the past, because it has made me terribly uncomfortable. I can’t let that keep me from giving it a fair hearing. I have not done that. I am starting that process now.