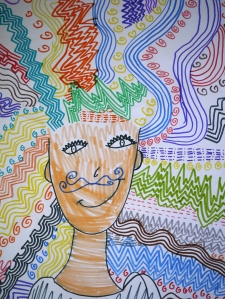 I wanted to write a bit of a follow up post to the recently posted one on transition. It was really good for me to find that post and see where I was a year ago. It is odd that we forget sometimes how far we’ve come because as we change we forget exactly who we were before. So this was an interesting peek at the me that existed a year ago and a reminder that I should strive to continue to write, either publicly or privately, so that I can get more glimpses into my past as I grow and change.

One of the things that struck me when I read back through that post was how clear it was that I was following my husband into a new church tradition. I wasn’t being dragged, but I was definitely following. And while I will always be somewhat of a follower, I am definitely shifting towards an attitude of walking together rather than walking behind. That shift began for me in Germany, and I actually did write a blog post about it shortly after our return to the US. And it has continued to evolve from that point as well, and I’m not finished yet. But what I want to add specifically to the transition blog post is that I would feel much more comfortable now listing the things I love and admire about the Episcopal church without necessarily having to mention John’s reasons. I may have begun attending because of him, but I go now because of me.

Actually from my very first visit with our rector, it was obvious that the expectations of me were completely different than what I was used to. I am an individual, in partnership with my husband, but completely separate and worthwhile and valuable all on my own. I have felt much more free to be me even while being surrounded by many people who were not like me. In fact, perhaps it is partly because I am surrounded by many people who are not like me that I am able to feel the freedom to stand out, be separate from the crowd and find who I truly am.

And the freedom that has been offered me to be an individual is one thing that gives me peace in the possibility of becoming a priest’s wife, should we continue down the path towards John’s ordination. I don’t have to worry about whether or not I agree with him on every topic of theology or opinion on ministry. In this tradition I feel free to stand beside him and disagree if needed. And though I do hope we continue to mostly agree on things, it is very valuable to know that I don’t have to.

In some ways this new approach to our marriage as a partnership is hard. It has been made easier by the fact that my husband has always valued me for who I am and invited me to come out from the shadow behind him and join him. But, it has still taken lots of discussion and navigating as we explore what that means for us.  And it means that the decisions we make can be harder because we both need to buy into them. It also means that when we decide to do something that will take sacrifice on my part, I am more keenly aware of that sacrifice because now I choose it willingly with both eyes wide open. Seminary was that type of decision for us. I walk forward with excitement, but also bracing myself for the work ahead for both of us. Through our decision making surrounding the seminary decision, I knew very clearly, that I could say no, and John would have listened. The piece I carried in this decision held just as much weight as his. And that is both wonderful and hard. It is often harder to do something when you know that you could legitimately choose not to do it. And yet, it makes the thing that you choose to do much more meaningful.

Art by Will, used by permission. I chose this picture because I feel like the person pictured definitely has discovered who they are and has no problem living that out.